Gregory Carlos Giraldo was an American stand-up comedian, television personality, and lawyer. He is remembered for his appearances on Comedy Central's televised roast specials, and for his work on that network's television shows Tough Crowd with Colin Quinn, Lewis Black's Root of All Evil, and the programming block Stand-Up Nation, the last of which he hosted.

Former stand-up comedian who has been on a number of Comedy Central roast specials and TV shows such as Tough Crowd with Colin Quinn. In 2009, Comedy Central aired his one-hour program Midlife Vice.

He was married twice and divorced his second wife, Maryann Giraldo, in 2009. The couple had three children.

His Colombian father and Spanish mother raised him in the Bronx. He graduated from Harvard Law School in Cambridge in 1990 with a law degree.

He had a tattoo on his left forearm that read 525. He never really addressed its meaning publicly, but members of the media speculated that it had to do with his struggle to stay off drugs.

He helped roast many top-tier celebrities throughout his career, including former Baywatch babe, Pamela Anderson . 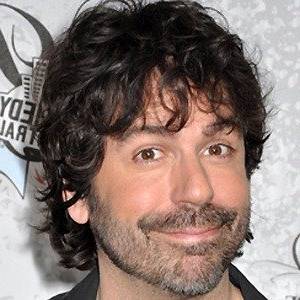