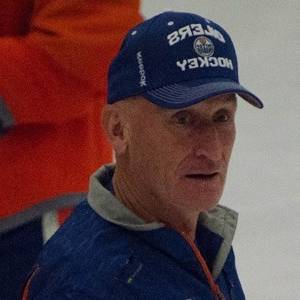 Former NHL left winger with the Buffalo Sabres for his entire 14-year career. In 1985, his final professional season, he earned the Selke Trophy, which is presented to the league's best defensive forward. He finished his career with 252 goals and 420 assists.

He was born in Weston, Toronto, Canada.

He was drafted 19th overall in the 1971 NHL Draft by the Sabres after playing junior hockey with the Peterborough Petes of the Ontario Hockey League.

He served as an assistant coach for the Tampa Bay Lightning from 2001 to 2006, helping the team win the franchise's first ever Stanley Cup Championship in 2004.

He was drafted by the Sabres a year after they took future Hall of Fame center Gilbert Perreault first overall. Ramsay and Perreault would then play together on the Sabres for the next decade and a half.

Craig Ramsay's house and car and luxury brand in 2021 is being updated as soon as possible by in4fp.com, You can also click edit to let us know about this information.