Can you guess the age at which Baby Kaely made her professional debut? At five and if this is shocking enough read ahead. Baby Kaely let the world know of her unbelievable talent at three, reciting songs word by word after listening to them on the radio. At an age when babies can hardly speak a sentence completely, Kaely was singing songs. This by itself gave a sneak peek of the legacy that the little girl was likely to create! At five, Baby Kaely became a hip hop artist who was known nationwide as she became the voice of young kids. Same year, she started her own YouTube channel wherein she posts original materials regularly. This apart, Baby Kaely has starred in Will I Am song, ˜Ghetto Ghetto'.

She was born in Newark, New Jersey before moving to Florida. She has three brothers named Justice, Jordan, and Jaden.

Her talent was noticeable from the age of 3, when she was already reciting songs that she'd heard on the radio word-for-word.

She gained a strong presence on YouTube by posting original material to her YouTube channel, which she created in 2010. She now has over 1.1 million subscribers to the channel.

She was featured in a song by will.i.am titled "Ghetto Ghetto."

Baby Kaely's house and car and luxury brand in 2021 is being updated as soon as possible by in4fp.com, You can also click edit to let us know about this information. 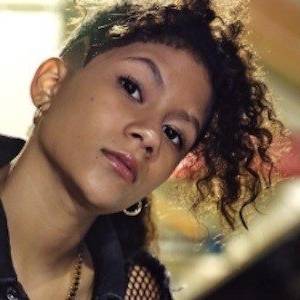