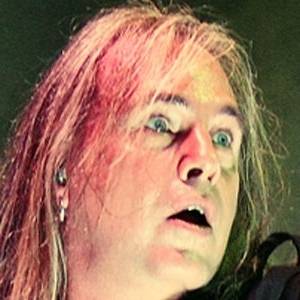 Andreas "Andi" Deris is a German singer, best known as the lead vocalist of the power metal band Helloween, and co-founder and former lead singer of the metal band Pink Cream 69. He has an active solo career, as well as his own recording studio in Tenerife, Spain.

He is most known for his work with the bands Helloween and Pink Cream 69 in Germany. With albums like Done by Mirrors, he is also a successful solo musician.

He has a son named Ron.

At the age of fifteen, he established his first band, Paranoid.

He replaced Michael Kiske as the vocalist for Helloween in 1993 and brought a more restrained style of singing to the band.

He has been a member of Helloween along with guitarist and founding member Michael Weikath .

Andi Deris's house and car and luxury brand in 2021 is being updated as soon as possible by in4fp.com, You can also click edit to let us know about this information.