Anderson Silva is a Brazilian mixed martial artist who is considered the greatest mixed martial artist of all time by a number of MMA publications, as well as the UFC president Dana White. He is a former UFC Middleweight Champion who holds many UFC records, including the longest title streak with 16 straight wins and the most title defenses at 10. Coming from a poor family, he initially did not have the money to take fighting lessons, and supported himself in his early years working as a file clerk or at McDonald's. He eventually joined Chute Boxe Academy and later earned his black belt in Brazilian jiu-jitsu from AntÃ´nio Rodrigo Nogueira. He is also a professional boxer and has won one of his two professional fights via knockout. He has appeared in several films and in the Netflix reality show ˜Ultimate Beastmaster'. The documentary, ˜Like Water', was based on his life. He is a fan of comic books and the superhero Spider-Man, from whom he got his nickname ˜The Spider'.

He had five children with wife Dayane Silva.

He started training in Taekwondo at the age of 12.

He holds black belts in Muay Thai, Brazilian Jiu-Jitsu, Judo, and Taekwondo. He's earned more than a dozen post-fight bonuses in the UFC.

Information about His net worth in 2021 is being updated as soon as possible by infofamouspeople.com, You can also click edit to tell us what the Net Worth of the Anderson Silva is

His title reign ended at the hands of Chris Weidman, who knocked him out at UFC 162.

Anderson Silva's house and car and luxury brand in 2021 is being updated as soon as possible by in4fp.com, You can also click edit to let us know about this information. 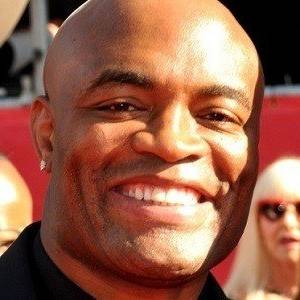