Aaron Spelling was an American film and television producer and occasional actor. His productions included the TV series Family , Charlie's Angels , The Love Boat , Hart to Hart , Dynasty , Beverly Hills, 90210 , Melrose Place , 7th Heaven , and Charmed . He also served as producer of The Mod Squad , The Rookies , and Sunset Beach .

Aaron Spelling was an American producer, writer, and actor who was best known for his work on drama series and made-for-television movies. He was born to Jewish parents and was diagnosed with psychosomatic disease as a kid. He took a year out from school to study Mark Twain and O Henry's writings. It was at this time in his life that he discovered his passion for fiction writing and chose to pursue a career in the entertainment business. He moved to Hollywood after college to pursue his longtime ambition, first as an actor, then as a writer, and ultimately as a producer, where he achieved great success. He created a number of popular television dramas and made-for-television films about a variety of social issues, including family values and militant youth, as well as gender discrimination, racism, and homophobia. But he's most recognized for the escapist aspect of his films, which he always aimed for in terms of aesthetic and attention to detail. He is regarded as a talented director whose distinct style and full control over all aspects of production give his pictures a distinctive and personal touch. He was a vivacious and hardworking individual whose life and work continue to amuse and inspire the public. He has earned the distinction of being television's most prolific producer.

As a youngster, he was confined to bed for a year after losing control of his legs. During World War II, he served in the United States Armed Forces.

He was ranked by Forbes magazine as the 11th top-earning dead celebrity in 2009.

He was the father of actress and reality star Tori Spelling . 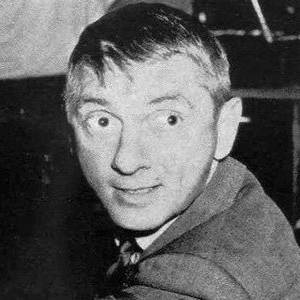